This Is NOT North Preston 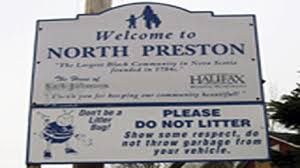 To capture the essence of an entire community, the story must be finessed with incredible nuance and care.

I saw the film ‘This Is North Preston’ at it’s original release during The Canadian Film Festival in March. Like a lot of other people and prior to seeing the film, I’d seen the trailer and wasn’t overly impressed. Many of us feared that the ‘documentary’ (I use this word in the most liberal way possible) would amount to nothing more than a contrived and visual blanket statement of the average anti-black and stereotypical sentiments of which many of us are all too familiar; Sadly, we were right.

Needless to say, this portrayal of coming of age in North Preston is a scathing display of ignorance and arrogance in disturbing amounts. I grew up in North Preston and although I’m about a decade older than the films central figure, in my opinion, Preston natives were shamefully depicted as caricatures of who the majority of us actually are.

Each one of us are entitled to capture our experiences from our own perspectives as it’s entirely relative to the storyteller. It’s useless to argue somebody else’s point of view or opinion but having said that, since the film is titled ‘This Is North Preston’ and North Preston is my home; I will challenge this problematic portrayal of my community with my own opinions regarding the subject matter.

Like most young girls from the community, I was protected from the elements of bad behavior. My father chose to tightly guard my proximity to anything or anybody who had the potential to bring me harm and he diligently ensured that I understood boundaries in terms of exercising agency over my own body. Our boys weren’t necessarily as protected. Where us girls were sheltered from the perils of pimping and prostitution, I understand that for many of our community’s boys, the opposite is true. Many of our young boys were grossly exposed and even encouraged.
Although it is not been my personal experience, I can accept that for some people who grew up a few years behind me and especially from a male perspective; This film captures the essence of their exposure and their exposures are what bred their likelihood to pursue and participate in certain socially irresponsible activities. Like it or not, I believe that this is the reality for many of North Preston’s young men.

Much of my discord with this film is that it’s intentionally captured as broad-stroke to misrepresent an entire community. Pimping and prostitution is in fact not intrinsic to the natural culture of North Preston or Black Nova Scotians for that matter. Our Men did not walk out of Africa with the innate impulse to buy and sell each other. Our Men did not walk out of slavery with the proclivity to exploit their female counterparts to the worst possible end of the spectrum in terms of sexual violence. They simply and absolutely did not.

In reality, most criminal activity surrounding pimping and prostitution arrived in our community as a result of the push factors of poor economic opportunities ultimately derived from acute poverty owed to systemic anti-black racism. Such factors inevitably pulled our people toward bigger metropolitan areas where they were exposed to criminality. Unfortunately, many of them brought the anti-social behaviors back home with them. (*Side note, this is an idea for an interesting documentary that I would love for somebody to tastefully explore.)

Contrary to what this film would have viewers believe; In North Preston, rampant pimping has *never* been the norm or the rule. It is the exception. If one was to organize a Gallup Poll to analyze the demographics of North Preston, the percentage of people involved in pimping and prostitution would be incredibly and boringly low.

I doubt that those who chose to participate in the film are misrepresenting their own experiences, my disappointment lies within the lack of counter balance. Those that align themselves as being the spokespeople of our community and are self-identified advocates for the betterment of our people failed to successfully counter the narrative. Instead, they stepped into the limelight forgetting that the onus of accurate depiction rested in their ability to vocalize the many anti-black stereotypes and provide evidence to the contrary. You cannot claim to be representative for North Preston and yet stand shoulder to shoulder or will sleep next to the same people who perpetuate the violent death of yours and your own children’s legacy.

Allowing the narrative to continually disregard the good pillars of our community and permitting them to be dismissed, discounted and discredited is hypocritical and dangerous within itself. Every attempt at defining ‘North Preston’s Finest’ as a lifestyle and *not* a gang failed miserably and actually worked to reinforce the belief that NPF is indeed a gang connected to organized crime. (Which was rather quite asinine.)

Where were the feminine voices? North Preston is filled with educated, articulate and forward-thinking women. Why were so few women included to provide context? Where were the elders to provide historical context? Where were the blue and white collar workers who’ve never challenged the law a day in their humble lives and live dedicated to supporting and raising socially responsible citizens? I was especially disturbed when the mother of friends I grew up with was seemingly included for comic relief. It was horrifying and incredibly disrespectful to put one of our own on display for strangers to laugh at. I was both saddened and ashamed at seeing her on screen. I wonder if she knew how her image would be used. If that had been my parent, I would be fully booked with court dates and lawsuits.

With the exception of Kirk Johnson who has always been a beacon of hope and an example of strength, dedication, fortitude and hard work for my generation, the film offered but one example of a positive role model and considering Kirk is not the central character, I consider this a failure.

These are simply the opinions of a girl who grew up Down The Road.